The driving force behind what used to be Africa’s most advanced and richest economy, South Africa, was the mining industry. Lesson’s to be learnt.

The governments of the Middle East are actively exploring various mining ventures as a way to diversify and boost economies. Investors do not start projects like these with an intention to fail. However, refineries burn, bridges collapse, pipelines burst and the best strategies are defeated.

The main contributor to project failure are known to be human factors. Take this in combination with the various other threats to the success of mining projects (see below) and it’s no wonder investors are nervous:

It is widely accepted that managerial matters are the reason for 92% of failed projects. It is essential to match competency guidelines with the exact technical and commercial expertise required so that there is alignment with a specific project.

The correct management team will convince investors and create trust in the project. Investors look for management teams with solid track records, the correct skill set, a proven ability to deliver, alignment with shareholders and a solid risk management strategy in place. A bad management team can take a good resource and destroy it.

Trust equals Investment. This means trust that resources will be allocated effectively. Trust that disreputable parts of the industry have been screened out. Trust that there is financial literacy; strong strategic understanding and world-class technical skills.

Even mining giants like Rio Tinto can make mistakes but they focus on the largest and best deposits. They also retain full management control of their projects and have the best regional strength and local knowledge in place. Rio Tinto also makes sure they have world leading commercial expertise, and the very best in project management, geology and mining.

It is imperative that an employer understands whether they need a generalist or a specialist. Different project phases (e.g. exploration; pre-feasibility/ feasibility, mine planning, funding, development and building, operations) require different skills sets from experts. It is also essential to match the skill to the specific resource whether it be a metallic mineral (copper, chrome, laterite or manganese) or an industrial mineral or rock. The specific proposed mining method whether it be underground or open cast is also an important consideration.

In conclusion, the best way to limit many of the multiple threats in new mining projects is to not only focus on the right deposits but also have the very best possible management team in place. Short cuts in either of these areas could well lead to failure.

Charles Aris Inc. is proud to announce its selection of ENGAGE Talent, a sourcing platform that combines big data and predictive analytics, as the executive search firm continues to enhance its recruitment services for client organizations.

“This premium platform complements and, in many ways, has the potential to dramatically improve our strong suite of recruiting research tools,” said Brian Styers, Charles Aris Inc.’s senior director of knowledge management. “Our team of executive search consultants will use the predictive availability signals in ENGAGE to further refine our 14-Step Priority Search Process for the sake of clients and candidates alike.”

That alignment across organizations has impressed Charles Aris chief operating officer Allen Oakley from the start.

“What I like most about our interactions with the ENGAGE team and platform is their approach to partnership,” Oakley said. “They want to hear the voice of their consumers. ENGAGE leaders’ personal introduction of new product releases, along with proactive gathering of user feedback, speaks volumes about their commitment to ensure that partnerships start strong and stay strong as each organization evolves.”

“The ENGAGE team is remarkably responsive. They’ve developed an innovative tool that only grows more effective as they incorporate input from our professional researchers and recruiters,” Styers said. “I’m excited about what this technology can do for our clients and candidates in the marketplace.”

“We are extremely honored to have been selected by Charles Aris,” Hanna said. “Partnering with a premier search firm with almost 50 years of history in the space is a strong testament to the innovations we are delivering, and to their ability to adopt and influence leading-edge technologies.”

How Your Company Can Improve Diversity in 2017 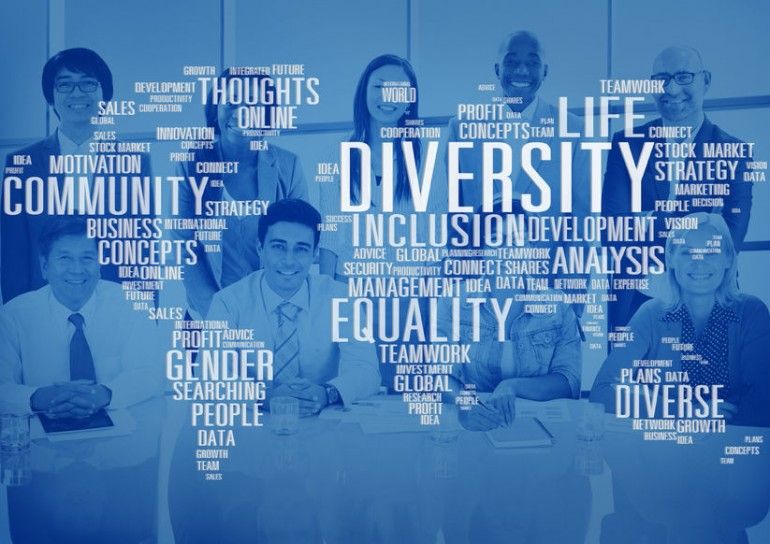 Addressing diversity and gender parity is top of mind for business leaders and organizations across Canada and around the world, and it makes sound business sense. Statistics show that organizations with a diverse workforce perform better, are on the cutting-edge of new technologies and ideas, maintain an engaging organizational culture and in return see a positive impact on their bottom line.

Why Does Diversity Matter? It Drives Performance

“Our latest research finds that companies in the top quartile for gender or racial and ethnic diversity are more likely to have financial returns above their national industry medians. Companies in the bottom quartile in these dimensions are statistically less likely to achieve above-average returns. And diversity is probably a competitive differentiator that shifts market share toward more diverse companies over time,” says Vivian Hunt.

Diversity and Gender: Women Continue to Be Underrepresented

Only 41% of the global workforce are women, and even though there has been an increased effort to improve diversity, research by Mercer, When Women Thrive, Businesses Thrive, finds that we are actually working backwards and the economic gender gap will not close for another 170 years – 52 years longer than originally projected.

“We see increased focus on hiring and promotion of women into executive ranks, but these hires appear to be ad hoc and not supported by systemic practices. Even when we examine additional opportunities to close gaps in hiring, promotion and retention that disadvantage women, the forecast still falls short of parity,” says the report.

Even with all the effort to improve gender diversity, there are still a number of glaring issues:

How to Improve Diversity in Your Organization

“Vowing to make a company more inclusive and diverse requires understanding what many underrepresented people face in the workforce and coupling that with why organizations should be more proactive in recruiting them. This conversation is anything but new, yet most industries are making scant gains. The only way to overcome that is to analyze what the underlying problem is. Following that, they can formulate a strategy to build better, stronger, and more successful teams. It’s as easy as that,” says Cale Guthrie Weissman on Fastcompany.com.

Here are some things that you can do to take steps in the right direction:

In a working environment in which the most Talented of Candidates have their choice of job offers from which to choose, a good fit between an organisation and their employees is a crucial part of attracting and retaining these individuals. Not only does this fit allow for a synergy between the individual and the organisation to develop, it saves the company from experiencing the great setbacks associated with hiring the wrong person for the job.

In a survey conducted amongst top CEOs, 41% acknowledged that hiring the wrong Candidate can cost a company in the thousands of Rands per hire. Finding the right fit between a Candidate and a role will not only save the company money, it can create an environment that enables these individuals to perform at their best and their inevitable engagement will ultimately translate into success for both employees and the business as a whole.

When working a role on behalf of our Clients, recruitment at Mindcor – member of the InterSearch organization in South Africa is about more than just finding an applicable Candidate. We target industry leaders and specialists that not only meet the requirements that our Clients set out, but have also been evaluated by our highly competent staff. Our recruitment methodology works hand-in-hand with our Clients to deliver the right Candidate for the job and enable their business success through people.

If you are interested in being assisted with mid-tier and executive recruitment for your organisation, please contact Mindcor on 011 551 5500 or info@mindcor.com. You can also read more about our solutions and services along with all of our current vacancies at www.mindcor.com. 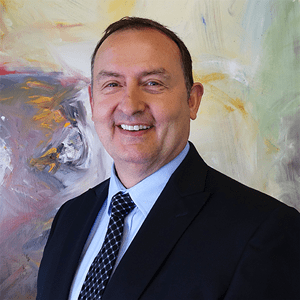 Rick Noel has joined the Charles Aris team as a practice leader focused on placing executives in the automotive industry.

Rick joined the Greensboro-based firm with 31 years of experience in engineering, operations, quality and project management – including 17 years in the automotive industry. His track record is strong: Rick previously worked with organizations such as Johnson Controls and Magna International, and spent 14 years in the industrial engineered products arena while serving in global senior leadership roles with companies such as Danaher and Actuant Corporation. 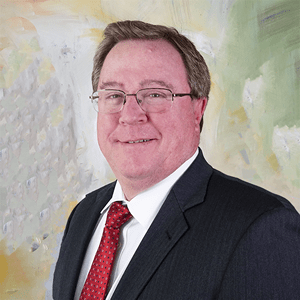 Blair Bass has joined the Charles Aris team as an engineering and operations practice leader focused on placing executives in the aerospace and defense industries.

Prior to joining Charles Aris Inc., Blair served as vice president operations in a Fortune 100 organization. Blair has also served as principal / vice president of a global consulting firm, leading its North American Aerospace & Defense practice. He has led innovation and operational improvement efforts for a wide range of multibillion-dollar and multinational corporations while focusing on leadership development and employee engagement initiatives. 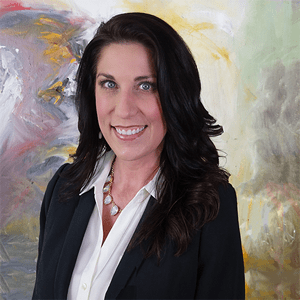 Susan Schurman has joined the Charles Aris team as a private equity practice leader focused on placing executives in the education space.

Susan is a strategic thought leader with proven success in cultivating high-achieving dynamic teams. Prior to joining Charles Aris Inc., she worked in many facets of corporate training and education including recruiting and developing sales and leadership teams in both retail and direct sales markets globally. Having successfully built mission-critical teams for brands including May Company and Limited Brands, Susan moved into the corporate direct sales management world, working with Avon Products to create a standardized national recruiting and training program for its salesforce of more than 500,000.

Susan continued to expand her expertise in corporate training and development as the national director of sales and marketing for Motives Cosmetics, where her international teams in the United States, Taiwan, Hong Kong and Canada showed unprecedented sales growth.

Necessary Analytics Privacy Center Privacy Policy Cookie Policy
These cookies are necessary for the website to function and cannot be switched off in our systems.
intersearch.org - Preserve user session
Preserves user session state across page requests.
These cookies allow us to count visits and traffic sources, so we can measure and improve the performance of our site.
Google Analytics
Track anonymized user information to improve our website.
youtube-nocookie.com
Used by Anonymized version of Youtube video service provider: youtube-nocookie.com
Decline all Services
Accept all Services