Changing the Leader and Leading the Change: Elements of Successful Not-for-Profit Leadership Transitions

No one stays in a job forever. And most people would agree that it’s probably a good thing they don’t. In North America, like many areas across the globe, the median age of CEOs of the largest companies has risen over the last 10 years. Within Canada’s Not-for-Profit (NFP) sector, retirements and leadership transitions are on the rise. Given that the non-profit sector in Canada currently accounts for $169.2 billion or 8.5% of the country’s annual GDP, changes within the sector can have considerable economic impact. Ready or not, here change comes.

Why does the transition from one leader to another prove to be a challenge for so many organizations? For one, it’s a transition that we may not commonly face. Across Canada, nearly a quarter of all not-for-profit Chief Executives have been in their current role for more than a decade. Within Canadian Associations, an astounding 38% of Chief Executives have been at the helm of their organization for 10+ years. When a leader that holds significant institutional history, knowledge and legacy is stepping down, transition planning becomes all the more important.

Regardless of whether an internal or external candidate is selected as the successor, anticipating their arrival and devising comprehensive onboarding in a deliberate way can make the difference between your new leader becoming a high-performing, well-adjusted successor or an “unintended interim” for the organization. Successful hiring is the starting line to an effective onboarding program, but what deserves equal attention is what happens after you’ve found your next leader.

Why is it that some organizations cope far better than others when it comes to bringing on a new leader? There is no cookie-cutter recipe for acquiring and onboarding a Chief Executive in the Not-for-Profit sector, but a successful outcome can be directly supported by three key elements in the transition process: Proactive Planning, Shifting Focus and Transferring Relationships. Careful attention to these elements can help ensure the best outcome possible for the new successor and, by extension, the organization.

The best time to plant a tree was 20 years ago. The second best time is now.
– Chinese proverb

When burning issues and priorities abound, worthwhile tasks related to proactive planning can collect dust on our “to do” lists. Proactive succession planning initiatives are a smart idea for any organization (as most any management book on the topic will tell you), but when looking at bringing on a new Chief Executive, planning for onboarding is more than just helpful, it is essential. Skipping this step can have very costly consequences for the organization in the form of employee turnover, reduced employee engagement and lost productivity. The Society of Human Resource Management (SHRM.org) cites that effective onboarding improves retention rates and a new employee’s time to productivity. Further, long-term outcomes of good onboarding include increased job satisfaction and organizational commitment.

For the vast majority of employees, when they accept a new position, their engagement level for that organization and the role is at its highest. Effective onboarding contributes to building upon this engagement and reinforces the employee’s decision to join the organization. Right from the start, engagement matters—highly engaged employees are more productive, faster to adapt to their new position, and the organization sees a quicker return on investment. This planning stage need not be overly complicated. At its simplest, it should consist of:

It’s no secret that the most successful transitions include a plan for a comprehensive, timely and tailored onboarding process. Distinct from orientation (which is a one-time event on the new hire’s first day), onboarding is a process, and one that starts as soon as an employment agreement is signed and continues for at least 6 months.

As we look ahead into the next century, leaders will be those who empower others.
– Bill Gates

During a time of transition to a new leader, clarity on who has authority and accountability within the organization is crucial. Who is responsible for the Annual General Meeting happening next month? Who should handle a pressing HR issue? Establishing what authority the Board is giving the Chief Executive and what authority it is retaining throughout the transition and onboarding months is critical and must be clearly understood by all involved. If there is an overlap between the outgoing leader and the incoming leader, the two should establish and agree to a direct plan for who will handle what, until when, and with what consultation. Staff should also know to whom they should be directing their queries. When the accountability shifts, so too should the title. In the most effective transitions, the outgoing leader has changed their email signature to “consultant” as soon as this handover of authority is made. During this time of transition, the outgoing leader shifts their focus from doing to coaching the new leader.

Just as looking at someone else lifting weights won’t help you build muscles, the new leader should approach the transition from a perspective of wanting to learn, get involved and take action. As a final step, the two leaders should agree on parameters for the outgoing executive’s role after leaving the organization. What would an emeritus role look like? What boundaries should be maintained? After the former leader has left the organization, if they are to remain involved, it’s advisable that their role be as a support and resource, rather than mentorship.

Non-profit organizations, including Associations consist of and exist because of people. The relationships that a non-profit leader builds over time are often cited as central to their and the organization’s successes. During the time of leadership transition, emotions are heightened. While no plan will entirely eliminate what others will be feeling about the transition, enacting a plan that makes room for transitioning key relationships is time well spent. Stakeholders who get involved in trying to help a successor improve become psychologically invested in helping them “win,” as opposed to letting them “lose.”

This initiative involves intentionally arranging meetings, conversations and time together where individual or small groups of stakeholders can get to know the successor with the support and facilitation of the outgoing leader. The most successful organizations begin this process as soon as the new leader has been hired, taking advantage of key events and meetings to introduce and welcome the new leader, while also using the opportunity to celebrate the contributions of the outgoing leader. Careful consideration should also be given to how the new leader will be introduced to the Association’s member community. Facilitating a great first impression with members can go a long way to helping the new leader begin their journey and thrive.

Plans are only ever as good as their execution. As onboarding continues through the first 4 to 6 months of the leader’s tenure, the best transitions include regular opportunities for formal and informal feedback from key stakeholders. Similarly, ensuring that a plan for the review of the new Chief Executive’s performance is in place will help everyone, including the executive, to understand what is expected. Supporting your new leader through the transition into your Association is perhaps the best head start you can offer them, and one that has lasting impact.

Change brings opportunity. Most leaders and Boards would concede that a degree of change and turnover at the senior levels is a natural part of any organization’s rejuvenation and can help spur innovation, adaptation and momentum. The Non-profit organizations that embrace this reality and keep an awareness of what lies beyond the horizon are more likely to succeed through leadership transitions and be rewarded in the process.

Suzanne Clark is a Partner at Four Corners Group, the Canadian representative of InterSearch, where she oversees the firm’s Not-for-Profit and Academic Search Practice.

Four Corners Group Adapted from an article originally published in the summer 2018 issue of Association magazine.

Changing the Leader and Leading the Change: Elements of Successful Not-for-Profit Leadership Transitions 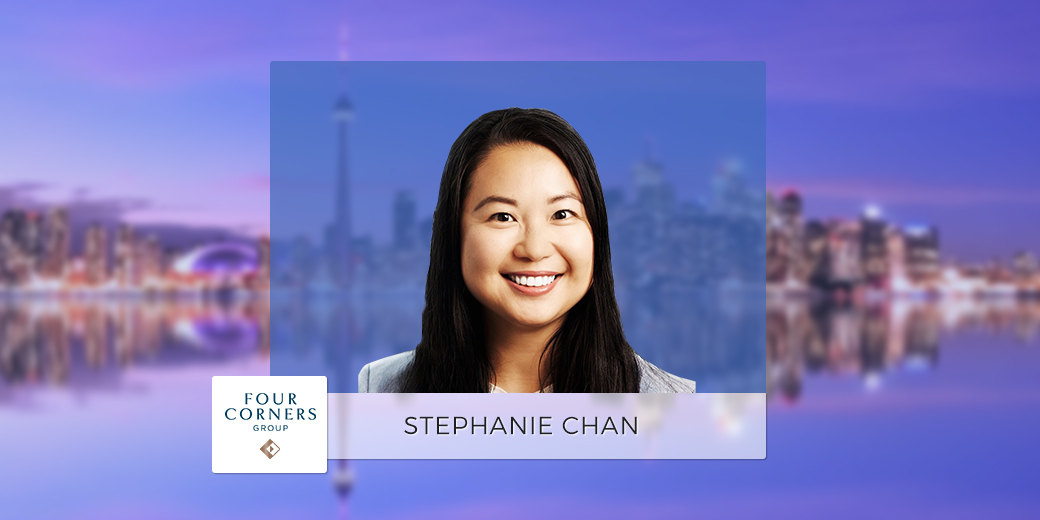