The impact of marginalisation on the imposter phenomenon in the workplace

There needs to be a shift in onus – we must move the spotlight away from what the individual can do to mitigate their symptoms of imposterism and place it firmly on the systemic cause.

I have frequent feelings of imposterism in the workplace; I often find myself doubting others’ positive perceptions of me and questioning the rationale behind any degree of recognition I receive. This disquieting voice only seems to intensify as I progress in my career, as my colleagues start to assume that I can do everything I have always told myself I cannot do:

“Why have they given me a Senior job title? I clearly just got lucky with the hiring manager that interviewed me. They’ll soon find out how incompetent I am and fire me”.

It wasn’t until a close colleague highlighted my tendency to be excessively self-deprecating that I discovered that not only do I often experience imposterism, but it is also a widely shared phenomenon. Habitually misnamed ‘Imposter Syndrome’, psychologists Pauline Rose Clance and Suzanne Imes first described the Imposter Phenomenon in 1978. It has been estimated that nearly 70% of individuals will experience symptoms of the Imposter Phenomenon at least once in their lifetime. Clance and Imes found that, despite external evidence of intelligence and ability, many of their female subjects attributed their success to external factors beyond their control such as timing, professional contacts, and luck.

In the pursuit to meet self-determined (and often unrealistic) performance objectives, those experiencing the Imposter Phenomenon typically find themselves overwhelmed with fear that they will never be good enough. A tendency towards perfectionism and sense of inadequacy often lead to burn out and mental ill health, ironically leading to adverse effects on productivity. More specifically, the Imposter Phenomenon can manifest in several ways in the workplace:

Marginalisation and Imposterism in the Workplace

Insecurities created by being underrepresented and perceiving a lack of inclusive senior role models in the workplace can facilitate a powerful sense of self-doubt. For example, a recent report has found that 41% of Black women are reporting to be working more than before the pandemic compared to 29.2% of White women. Evidence supports that this is largely due to the increased prevalence of imposterism experienced by Black women and the resulting added pressures of digital presenteeism. Further research shows that for every 100 men brought onto teams and elevated to management, only 72 women experience the same thing. This degree of underrepresentation, particularly at senior tiers, has led to a higher prevalence of experienced imposterism amongst women and BAME (particularly Black) women, and often culminates in increased rates of attrition in the workplace.

Another group affected by imposterism is the LGBT+ community, particularly underrepresented subcultures such as Bisexual and Lesbian women. In fact, data insights show that, despite the safe space created by LGBT+ communities and networks, Lesbian and Bisexual women frequently report feeling socially isolated and excluded from the LGBT+ narrative as it is often perceived to be too white male dominated.

We also know that women have been adversely impacted by Covid-19 in terms of their careers. Whilst many partners now take a more balanced share of child caring responsibilities, it is the case that women are still considered primary care givers and, with schools shutting and the need for relentless home-schooling, many senior women have been open as to how this has impacted their ability to manage their workload, with some stating that the pandemic could have a significant set-back on gender equality for some time. Ultimately, women’s lives implicitly involve a great deal of marginalisation in many contexts, often shaped by patriarchal societal structures.

We can see from the data that an individual’s sense of belonging both inside and outside the workplace is often negatively impacted by persistent instances of micro aggressive behaviours. As a result, internalised feelings of self-doubt and insecurity can ensue, leading to the perception that accomplishments should be harder for them than they are for others. Therefore, it is not surprising that those who experience systemic bias often perceive barriers to progression in the workplace, brought about through experienced levels of imposterism.

Underrepresented diverse groups often experience imposterism more than their counterparts – evidently, there are systemic reasons for this. Workplace hostility and systemic levels of discrimination heavily work to diminish a sense of belonging for underrepresented groups, so expecting them to swim in the face of a tsunami is hardly realistic. In contrast to what appears to be the status quo across current self-help literature, I therefore believe that we should not be focusing on how such individuals should work to overcome the Imposter Phenomenon; instead, we should be looking at how responsible employers can mitigate its occurrence.

There needs to be a shift in onus – we must move the spotlight away from what the individual can do to mitigate their symptoms of imposterism and place it firmly on the systemic cause. To drive positive change, employers must therefore work intentionally to counteract cultural ineffectiveness that serves to amplify feelings of employee isolation or ‘otherness’, particularly for disproportionately affected diverse talent. I suggest two interdependent ways that organisations can do so:

Without a representative data baseline, employers will struggle to identify where intervention is needed, particularly where disproportionality exists for diverse talent. Therefore, when it comes to increasing representation of minority groups in the workplace, employers should systematically capture diverse data across the employee lifecycle, such as in recruitment, performance management, succession planning processes, grievance, and exit processes. Technological automation will help employers capture this data and track it consistently. This will enable them to carry out root-cause analysis of emerging trends to identify if any bias exists and implement relevant action plans to mitigate it.

As a Senior Diversity and Inclusion (D&I) Consultant, I have observed that many employers demonstrate a common misunderstanding between positive action and positive discrimination when they set out to increase diverse representation. This often leads to ineffective organisational decisions, particularly in recruitment and talent management processes. With the implementation of diversity targets, it is thus vital that employers widely communicate why such targets are important and the ways in which positive action can help to drive equity and ‘remove barriers’ rather than give direct access to progression at the disadvantage of others. Not widely communicating the importance of positive action often creates resentment by the majority, leading to a potential backlash from majority employees and increased instances of micro aggressive behaviours. This intensifies experiences of internalised self-doubt and inadequacy amongst underrepresented diverse groups. Therefore, ensuring all are aware of these key concepts will help employers be in a better position to obtain buy-in from staff, thus easing the burden of imposterism amongst underrepresented groups.

I often observe a large focus on driving the representation of women in the workplace. However, it is not just about gender – it’s about reflecting the myriad ways in which diversity exists by exploring the plurality of identities that we as complex people comprise. For example, we’ve seen in this article that Black women often experience higher levels of imposterism than white women. Additionally, Black Bi-sexual women frequently report feeling like they need to work harder than their counterparts to prove their worth in the workplace due to a perceived triple-glass ceiling. Therefore, employers need to consider how they are driving the representation and inclusion of all diverse characteristics, beyond a sole focus on gender, to improve experiences on a wider scale.

It is not enough to increase diverse representation to ease the burden of the Imposter Phenomenon for underrepresented diverse talent. It is also important that employers simultaneously create an environment where difference is accepted in an inclusive working culture. As Google’s Project Aristotle study shows, an individual’s perception of the consequences of taking risks in the workplace is often determined by how inclusive or ‘psychologically safe’ the working culture is. A working environment with high psychological safety encourages employees to feel confident in the decisions they make, as they will be less likely to anticipate embarrassment or punishment from potential mistakes. As diversity of thought and a degree of risk-taking in the workplace is important to sustain competitive advantage, it is therefore important that employers build employee confidence by upskilling leaders through Inclusive Leadership and Cultural Intelligence (CQ) training, alleviating any feelings of self-doubt in an inclusive working environment.

Individuals who experience the Imposter Phenomenon often lack the confidence to accomplish future goals or challenges. Therefore, it is important that leaders and managers work with their teams to set specific, measurable, actionable, and timely (SMART) objectives and expectations. Supporting colleagues through sponsorship and mentoring and helping employees to set tangible goals, both short and long-term, will help to mitigate certain levels of uncertainty, enabling employees to have more confidence and believe they can achieve set goals more easily.

Despite an overwhelming focus in the literature on what individuals can do to manage their own imposterism, it is clear that a systemic level of bias or discrimination helps to facilitate it. Therefore, the burden should not solely be on the individual to overcome imposterism themselves – employers should also be expected to remedy the systems that exacerbate it. As the research shows, marginalised diverse employees tend to experience the highest levels of imposterism in the workplace. Therefore, it is vital that organisations see the value in diverse role models, and in inclusive allies and start to re-evaluate their approach by working in collaboration to eradicate the Imposter Phenomenon all together! 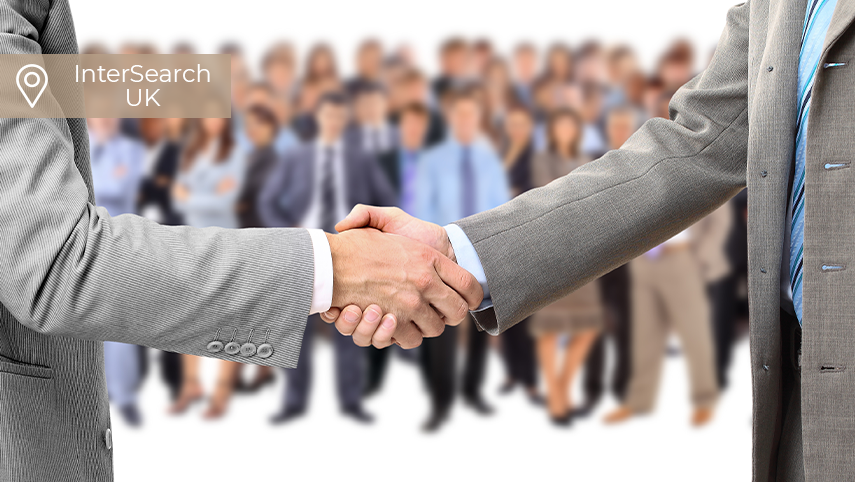 The impact of marginalisation on the imposter phenomenon in the workplace

Reflections on the commission on race and ethnic disparities report 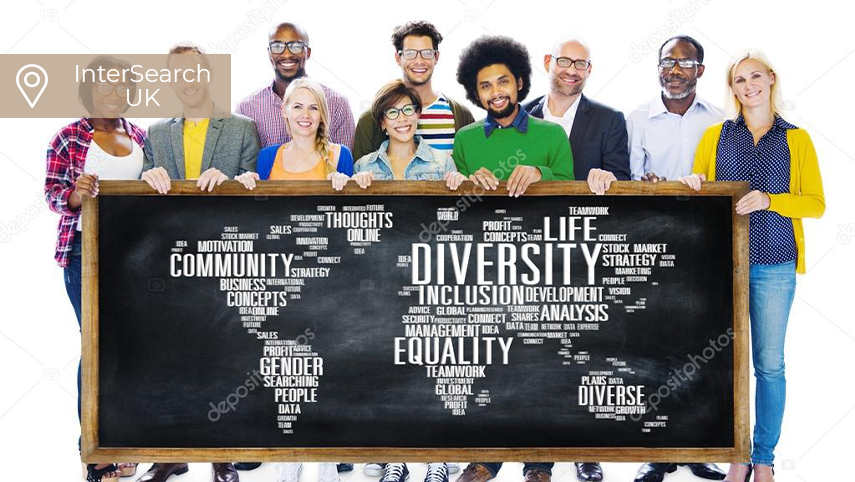