Gender bias usually manifests itself in the form of investors’ questions about the authority of women entrepreneurs as business leaders and their family circumstances.

According to an international study by HSBC Private Banking , nearly 30% of women starting a business experience investor bias. Survey participants said they were asked more questions about their personal lives than men who were mostly asked about the business idea. The level of discrimination varies from country to country: women entrepreneurs in the UK (54%), the USA (46%), Singapore (41%) most of all talk about the “special” attitude. The best indicators are in France (22%) and China (17%). As for Russia, we have not conducted a full-scale study on this topic. 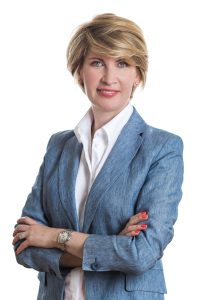 Startups with a soul

If we look at the finalists of the traditional EY contest “Business Women”, we will see that the majority of startups created by the nominees are based on a certain humanistic idea. Many are driven by the desire to make the world a better, simpler and easier place for others. And this, in my opinion, greatly distinguishes the approach of women entrepreneurs.

At the beginning of the year, a Kontakt InterSearch Russia study showed that about 20% of women hired executives see further development in starting their own business. Of these, 33% intend to develop their business in the field of consulting, 11% – in the hotel and restaurant industry, 7% – in the fashion and beauty industry. Another 7% would like to launch the project in retail, another 7% – in marketing and PR. 5% of respondents want to go to psychology, 3% to charity, medicine, science and education. All of these areas can be considered quite “gender balanced”: there are quite successful examples of women leaders, which forms healthy business communication between women and men.

A separate topic is charity. “So far our mentality is such that there is even something like a tradition: it is a woman who comes to ask for money for the work of funds. And it’s even good that a woman does it. In our country, charity is associated with little money, and employees of such organizations are considered as ascetics. In America, a lot of men are involved in charity work, there are more large foundations and associations. In Russia, men most often perceive themselves as the main “providers” of the budget, and it’s difficult for them to go into an area that clearly will not increase their well-being, ” said Irina Menshenina, Director General of the Love Syndrome Charitable Foundation.

Man of your tribe

Unfortunately, women’s business in the mass consciousness is often associated with instagram-spam: “moms on maternity leave”, “nails” and so on. Indeed, many women prefer to develop business in industries that are closer to them. These efforts are often characterized as “cute,” called “hobbies,” and discounted as a serious attempt at entrepreneurship with good potential.

Bonnie Crater, President and CEO of the Full Circle Insights Consulting Company, believes venture capitalists tend to invest in startups run by people from their “tribe”: for example, an investor who is educated at Stanford University will prefer to support a Stanford graduate’s business. It would seem that venture firms with female partners are more likely to invest in startups run by women, and vice versa. However, according to a study by Babson Business School, this is true only for 6% of US firms.

Alexandra Kaloshina, founder of Solstudio Textile Group, recognizes that industry specificity is important. “We had to negotiate with a large number of groups, foundations, private investors, and almost always men were our interlocutors. We eventually found an investor and partner, a woman. This does not mean that we rejected other proposals on the basis of gender. In our situation, it was not gender differences that played a role, but rather the business line itself, because we work in the fashion industry, and in our country they are not very willing to invest in fashion, and it was probably harder for men to figure out in this area, ” noted Kaloshina.

“If you are starting a business in the sphere, albeit traditionally masculine, where you are already known and where you have a reputation, this is one situation. But if you come to the “male” industry from another industry, difficulties may arise. You will face the same struggle as a male entrepreneur, but you will also have to prove that a woman can also understand this area and work on a par with a man. I couldn’t get a single ruble for a very long time, but as soon as I had a male partner, things immediately went uphill, ” a friend who launched an IT startup told me.

The vast majority of investors are men. But how fair is the opinion that you were refused precisely on the basis of gender, and not because of objective indicators? I think it’s almost impossible to understand. Not always issues that relate to family or personal life can be regarded as discrimination. It is important for the investor, among other things, to understand how long-term the project is and whether the idea is just an emotional impulse. By the way, women are usually more open to personal questions than men. Asking about a family does not mean getting into personal space, it is a desire to maintain a conversation and bring it into closer emotional contact.

In some cases, too personal questions or skepticism in relation to the professionalism of the entrepreneur may be evidence of the artificial creation of a stressful situation to check how much she knows how to “sustain under kicks”. Some questions may be the trigger for women, another for men. But how comfortable will it be for you to work later with a partner choosing such tools?

The main advice that can be given in this case is not to be afraid and carefully plan your project based on numbers. Who will be on your team and why does it guarantee success? How do you plan to occupy a market niche? Why does an audience need your product, what is its uniqueness? What is the business model? How will you attract customers? Why do you need as much as this sum money? Who are you compared to competitors and why can you pull away part of the audience from them? What is the organizational structure of the company? Only self-confidence and professionalism, backed up by figures and facts, can bring results. If you have been refused, be sure to figure out why: this will allow you to improve the product and next time will definitely interest your partners.

Necessary Analytics Privacy Center Privacy Policy Cookie Policy
These cookies are necessary for the website to function and cannot be switched off in our systems.
intersearch.org - Preserve user session
Preserves user session state across page requests.
These cookies allow us to count visits and traffic sources, so we can measure and improve the performance of our site.
Google Analytics
Track anonymized user information to improve our website.
youtube-nocookie.com
Used by Anonymized version of Youtube video service provider: youtube-nocookie.com
Decline all Services
Accept all Services
Send this to a friend