Flying – How much less romantic can it get?

If you ask many airline veterans when the golden age of flying was – many will point to the 1960s and 1970s when it was deemed glamourous to travel on jet airlines.

Wide open spaces in the airports, smiling handsome check-in staff and (even more) attractive cabin crew.  Security check consisted of a smile, a look at your ticket and the occasional glance in your handbag.  The only part of your passenger-journey that rose your blood-pressure was immigration, when many of the officers were trained to intimidate and make one feel uncomfortable.

The rest of the journey was a cake-walk.  Boarding the aircraft, you might be met by the Captain or another of the youthful glamourous cabin-crew straight out of Swiss finishing school.  People would often dress up to fly and would be seen walking down the aisle in their ‘Sunday best’.  There was no IFE (In-Flight Entertainment) but who needed this when your fellow passenger was (like you) a high-flyer?  And if your kids were bored, have a word with the stewards and you might get to go and sit in the cockpit for 10 minutes and marvel at the number of dials and switches on show.
Pilots and crew alike will talk of lengthy stopovers, massive luggage allowances, stays in fancy five stars and being admired with (borderline) celebrity status.

Fast forward to 2020 and the reality of intercontinental travel looks a little less appealing.   During this current pandemic, which has sent a thunderbolt through the industry, passengers are being asked to engage on a slightly different experience.   Airlines are now advising those flying to arrive to the airport four to five hours early and face the prospect of a passenger journey that may feel more like being admitted to a high-security facility than preparing to join the jet set.

Hours before take-off passengers (and only passengers; no ‘meeters’ or ‘greeters’ allowed) will arrive and prior to entering the Terminal will have to ensure they are wearing both gloves and face masks.  At the entrance their temperature will be checked.  If above 37°c, they will be directed toward a Medical Practitioner who will administer a COVID-19 Test, with results following up to two hours later (some airports may make the tests mandatory).  If their temperature is normal, passengers will continue into the Terminal (wearing masks and gloves and social distancing) pushing sanitised trolleys and arrive at a screened check-in desk.  They will be greeted by check-in staff with masks veiling their smile/frown and will then continue on to immigration and security.

From there on the experience shouldn’t be too different (other than the masks, gloves and social-distancing).  There will be screens to protect the passengers and airport offices alike and all equipment (e.g. the trays at security) will be sanitised.   Following the 9-11 and other terrorist attacks, passengers have become accustomed to the rigorous safety and security precautions now enforced and moreover, are used to the discomfort of removing their shoes, watches, belts and phones; of putting their other electronic equipment in different trays and generally, feeling like the proverbial sheep being herded through its annual dip

At the gate, it is likely that passengers will be called by seat number and it will then be up to the airlines on how they arrange the seat configuration.  Once aboard passengers can enjoy their glamorous crew in a variety of Covid-19 fashion ware ranging from simple latex gloves and medical mask outfit, to the full see-through plastic body covering and even some opting for the summer-season full ‘hazmat’ suit.  Nuts and drinks in 2020 have been replaced with hand sanitizer and spare gloves and, for your meal, you can look forward to more low-key, disposable affair with even some of our ‘turn left passengers’ missing out on their silver and china.

On disembarkation, the “passenger experience” is likely to be much the same as on departure and it is likely that all travellers will be required to sign a Declaration Form and provide local officers an onward address where country-specific laws may require them to self-isolate or even quarantine at government-vetted facilities; mask & gloves glad and social-distancing all the way, which will inevitably lead to exacerbated delays and more frustration.

These seemingly extreme measures have of course, been rigorously thought out and implemented for no paltry reason.  That of passenger safety and to slow the spread of this highly contagious and deadly, virus.  Let us not forget, that a mere 100 years ago, a very similar type of pandemic, influenza (H₁N₁ virus), infected nearly one third of the planet’s population and (is estimated) to have killed between 3 and 4% of it.  Compare that to the current state of affairs (as of 1st July) in which between just 0.1 & 0.2% (of the world’s population) have been infected and less than 0.01% (less than 100 people per 1,000,000) have lost their lives.  This, largely due to the state wise implementation of safety processes much like those that the Airlines and Airports are rolling out now.

It won’t stop many of us reminiscing back to the 20th century and our fond memories of flying.  The reality was of course, somewhat different with travel back in the ‘glamourous age’ of jet travel with flights frequently delayed, many airports unclean and on-board the business-class seats were akin to what you’ll get in economy on something like an A380 (without the screen of course) and economy class could be a training ground for the worst interior-designers.  And let’s not overlook how it was to sit at the back of the plane that was smokier than a fireman’s helmet.  Many of us have heard of horror stories of drunk passengers trying to open the doors at 35,000 ft and just ask the stewardesses of the unwanted attention they’d receive, at altitude, from passengers and even fellow crew members alike.

And less we forget about the safety records.  In the 2010’s an average of just 800 passengers per year lost their lives in air travel, bottoming out in 2017, in which less than 400 died as a consequence of flying.  Track back to the ‘glamour decade’ of the 1970’s when (on average) nearly, 2,500 souls were lost on aircraft from just a fraction of the flights we see today.

So were we really, better off flying 40-50 years ago?
It’s certainly significantly cheaper.  Industry estimates that flying back in the 1970s was between 10 & 20 times more expensive (adjusted against inflation and average per capita income) – many LCCs now offer seats for a similar price of a bus ticket.  We’re now flying on more spacious, better equipped and far safer aircraft, so why all the reminiscing for the jet travel of yesteryear?

The general consensus (from the veteran travellers) is that air travel is getting more and more impersonal and this, it would appear is set to continue.  In its bid to make the ‘passenger journey’ more efficient and cost-effective airlines and airports alike have been adopting innovative technology that may help the bottom line and move numbers quicker but is unlikely to leave the passenger significantly happier.  Why do passengers love the Singapore Airlines and Emirates of this world?  Of course, they get their product right with newer planes and high standards (almost taken for granted).  What sets them apart is usually, the training and subsequent attentiveness and customer service of the crew that makes the passenger feel special and looked after.

Some say that too many of the airlines are simply duplicating the efforts of their competition.  Juan Trippe (Pan Am) and Herb Kelleher (SWA) were Gentlemen of inspiration and imagination, putting themselves on the seats or shoes of the passengers – what, where and how people would like to travel and ultimately want to come back….creating a wow effect which nowadays, people seldom find.

Safer, Yes.  Cheaper? Definitely.  More romantic than 40-50 years ago?  I put this question to a seasoned traveller who’s been round the block a few times.  She answered with one word laced with happy remembrance; “Concorde…..” 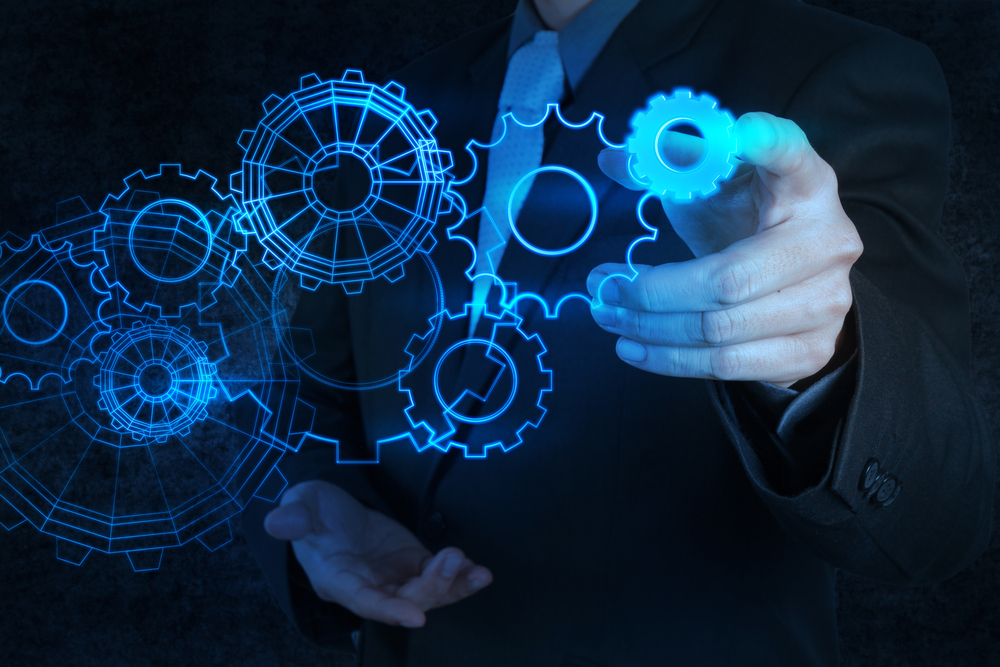 Technology, the Bedrock for Innovation and Opportunity
Industry

Flying - How much less romantic can it get?

Does your company have the talent for Industry 4.0? 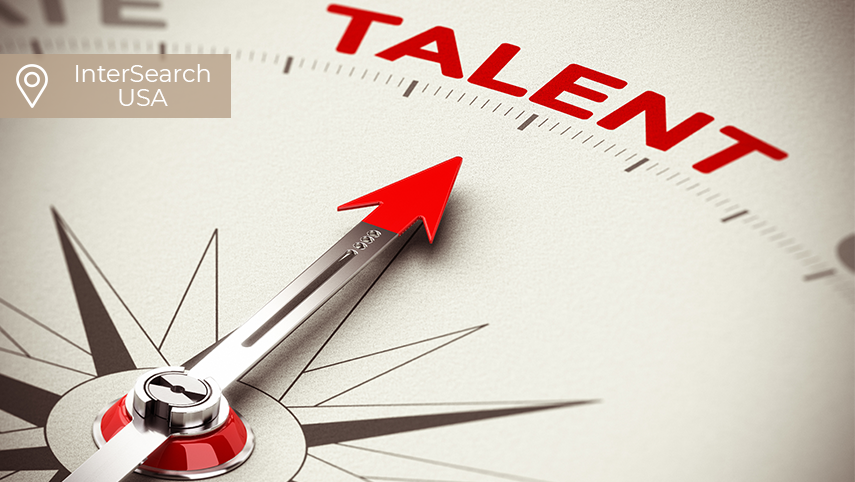