Create and sustain a culture of innovation

How do you create a culture of innovation in your organization? Show your people that you value their innovative horsepower.

Done. Case closed. If your thirst isn’t quenched, though, keep reading and allow me to hand you a tall glass of opinion.

If you want to foster an environment conducive to entrepreneurial thinking, you have to realize that the human imagination is the most powerful tool in business. Most organizational cultures kill imagination – unless you’re in marketing. For some reason, marketing is the only group allowed to test the status quo in most organizations today.

Here are three non-negotiables I’ve picked up on which help create a culture of innovation:

Get comfortable with failure

Risk aversion is the secret killer of innovation. Of course, I’m not sure how much of a secret it is. Risk is typically the No. 1 topic on everyone’s mind in an organization. Some have the appetite for it, while others are trying to make their shareholders some profit this quarter.

What is the proper formula for risk? I can’t answer that, but I will give you a suggestion: Train your people to separate their personal appetite for risk from their professional appetite.

I think it would shock people if they knew just how hungry most “intrapreneurs” are to take some risks and place some big bets with their ideas. If you force the people in your organization to think about risk just as they do with their personal finances, you might as well have your local financial planner come and run your innovation group. At that point, why would imagination matter?

Nothing is worse than being “rewarded” an equal amount to a peer who didn’t create the same economic value that you did. Economic value isn’t limited to monetary gain for your organization. It can be furthering the culture or developing your people as well. Maybe it is killing an idea that you can show would ultimately be a failure in the marketplace – and, as a result, you save the company $5 million by not investing in it.

Most companies pay their people to do their jobs instead of rewarding them for creating the future. How creative can your organization get with rewarding value creation?

Please, for the love of free enterprise, stop having useless meetings. The quickest way to kill all creative energy is to waste people’s time. Show your people that their time is valuable, and they will prove you right.

By killing useless meetings, I would predict that out of 10 people on your team, two or three will react in such a way that makes it appear that you’ve just taken the shackles off a wild animal. Those will be your intrapreneurs. Focus on those two or three from that point forward, applying the lessons in the other two areas I outlined. Take a month and see how things change.

Not everyone is an intrapreneur, but your job as a manager of innovation is to bring out the best in people. This might be the first step in your breakthrough!

In for an interview? You should ask questions too
InterSearch USA - Charles Aris, Inc.

Create and sustain a culture of innovation 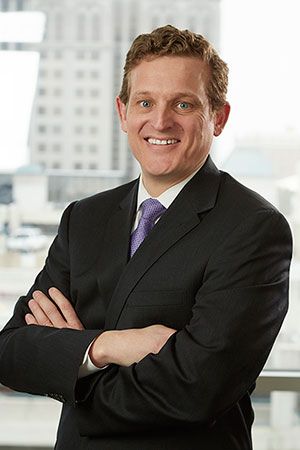