Workplace well-being and productivity: increasingly hand in hand in companies

It has been shown that „for every US$ 1 put into scaled up treatment for common mental disorders, there is a return of US$ 4 in improved health and productivity” according to the World Health Organisation (WHO).

Workplace well-being and productivity increasingly go hand in hand within companies. Fostering the former has a positive impact on the latter and, as a result, organisations are in a good position to meet their objectives.

For example, one effect of wellness is a higher degree of happiness at work. According to research by the University of Warwick, a group of economists conducted “a series of experiments to test the idea that happy employees work harder”. The result? “They found that happiness made people 12 per cent more productive”. Another component of well-being is the mental health of the workforce. It has been shown that “for every US$ 1 put into scaled up treatment for common mental disorders, there is a return of US$ 4 in improved health and productivity.”, according to the World Health Organisation (WHO).

How to measure and promote it

When assessing the state of well-being within a company, what can you ask workers about their well-being? According to an article on the helloinhr.cl website, surveys can be developed to gather information on general health and well-being; workload, corporate culture and stress management; and work-life balance.

In its blog, LinkedIn highlights that well-being strengthens employee engagement and retention. In this regard, it underlines that “according to a 2021 Deloitte report, 80% of workers considered well-being to be crucial to their organisation’s success. To boost it, consider offering stress management programmes, online fitness classes (or reimbursement for in-person classes), money management webinars and healthy recipe exchanges. When people can take care of their own health and well-being, they are likely to be happier in their jobs.

In addition, the impact of wellbeing on productivity is influenced by:

Recent indices and impact of the pandemic

In our country, measurements, and analyses of well-being at work have been influenced by the pandemic. According to the “Chilian companies Well-being, Work and Family Survey”, carried out by the Chilean Safety Association (ACHS) and Merlin Research, “53% of workers say they feel ‘happy’ in their job, but well-being was higher before the pandemic”, according to Emol.com. In addition, the same media stressed that a high level of well-being at work is associated with “a good working environment, teamwork and the quality of their bosses”.

On the other hand, the “Well-being, work and family survey” (Caja La Araucana-Universidad Andrés Bello), included among its conclusions that “the pandemic had an unfavourable effect on the well-being of younger workers, which is manifested in life, work and family satisfaction”. It also highlighted that “there is a greater perception of problems in the work-family relationship, which brings back into play the role of employment in well-being. The item with the highest difference in this segment is exhaustion after work, which requires an eye on the phenomenon of work-related stress and its possible effects, such as absenteeism and voluntary turnover. Similarly, the pressure of domestic activities can lead to reduced productivity and increased work stress, increasing the likelihood of burnout syndrome.

To counteract these effects, some companies, according to the Chile Unido Foundation, have taken measures such as providing infographics and practical advice on mental health, setting up two-way communication channels between employees and management, and giving talks and advice on how to better integrate work and personal life.

On a global scale, an analysis by the World Economic Forum offers similarities with the indices of well-being at work recorded in our country: “Although overall employee well-being increased slightly compared to 2020, it remained below pre-pandemic levels and remained low. Only 21% of respondents said they felt engaged at work and 33% said their overall well-being was thriving”. And on the possible effects of the above, he added that “disengagement in the workplace has a direct impact on economies around the world, according to a separate Gallup analysis. The resulting reductions in productivity, staff retention and profitability cost the global economy $7.8 trillion, equivalent to 11 per cent of global GDP.”

In addition to the actions outlined above to promote well-being at work, other perspectives on how to achieve it, even if it means sacrificing productivity, have also emerged. Such is the case of Adina Sterling, Associate Professor of Organisational Behaviour at Stanford University.

In an interview published by Insights by Stanford Business, she proposes a refocus: “We need to redesign companies to focus on problem solving, equity, collaboration and creativity so that people can live a balanced work life. We need to move away from an efficiency and bottom-line model, give workers more power and design better jobs. People are really tired, whether they are retail workers who have to work shifts 50 to 60 hours a week or executives who deal with the 24/7 work week. If we could see that the problem is similar in these groups who are rarely in the same room together, we would make progress”. He also clarifies that, to move forward along these lines, coordination between governments, companies, or academic institutions, among others, is necessary.

HK Human Capital is one of the leading companies in the top-level executive search market in Chile since 2002. Their prestige in the national market led them to work more than 120 searches per year. “We help our clients to build high performance teams and create value by accessing the best available talent to fulfil their needs.”

Talent trends in 2022: Where we are so far
InterSearch Chile - HK Human Capital

Workplace well-being and productivity: increasingly hand in hand in companies 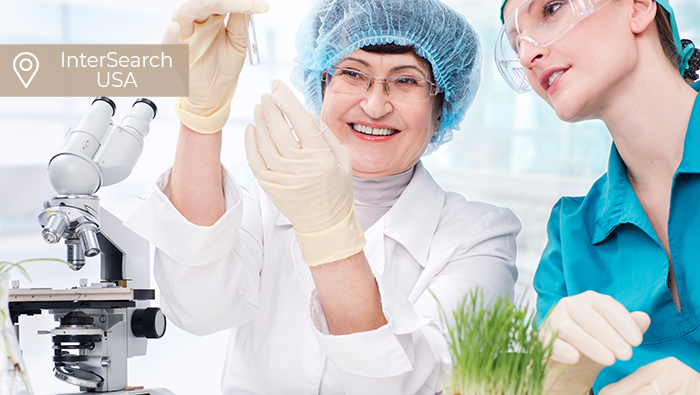